Quebec City, Thursday, December 2, 2021 – Quebecor Sports and Entertainment Group is pleased to announce a major new partnership between Beneva, born from the coming together of La Capitale and SSQ Insurance, and the Videotron Centre. The sponsorship agreement continues the relationship with La Capitale, which had been a partner of the Videotron Centre and the Quebec Remparts hockey team since 2017. The renewal of the partnership will help give the new Beneva brand visibility throughout the Quebec City area.

The corporate section hitherto known as Le Loft La Capitale has therefore been renamed Le Loft Beneva and redecorated in the new merged entity’s colours. Beneva will also be the official presenter of the Videotron Centre’s calendar of events and the major sponsor of the Quebec Remparts hockey team.

“Obviously, Beneva is a prestigious partner and a very major business in the Quebec City area,” says Martin Tremblay, Chief Operating Officer of Quebecor Sports and Entertainment Group. “We are very pleased to maintain a partnership with a leading organization that will help us continue innovating and extending the Videotron Centre’s reach. Our two organizations share a commitment to delivering the best customer experience and Le Loft Beneva will be the ideal setting for a memorable visit to the Videotron Centre.”

“ We are very pleased to continue our association with the Videotron Centre, an iconic Quebec City structure,” says Jean-François Chalifoux, President and CEO of Beneva. “Quebec City is the birthplace of Beneva’s two precursors and remains home to our head office. We are proud that the Beneva name and brand will have a prominent place in this renowned venue that brings the public such a wide variety of high-quality entertainment.” 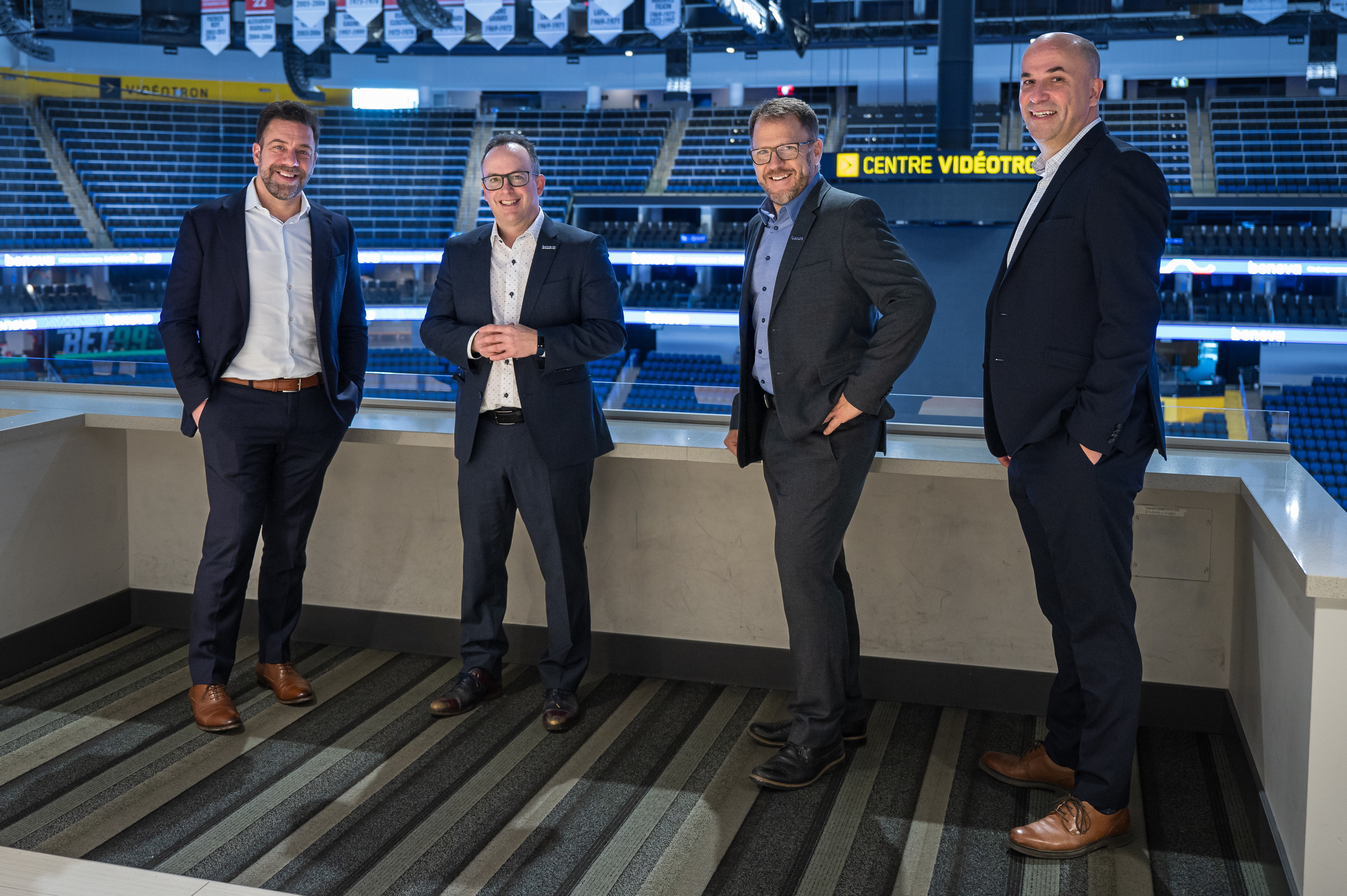 About the Videotron Centre

The Videotron Centre is a multipurpose arena that opened on September 12, 2015. Multiple configurations make it suitable for major music concerts and sporting events alike, with seating for more than 18,000 people for games and more than 20,000 for concerts. The Videotron Centre is the home of the Quebec Remparts of the Quebec Major Junior Hockey League (QMJHL) and can also host professional hockey games as it meets National Hockey League (NHL) standards.

Created by the coming together of La Capitale and SSQ Insurance, Beneva is the largest insurance mutual in Canada with more than 3.5 million members and customers. Beneva employs over 5,000 dedicated employees: people looking out for people. Its human approach is rooted in mutualist values that are shared by its employees. With $25 billion in assets, Beneva positions itself as a major player in the insurance and financial services industry. Its head office is located in Quebec City.

Policyholders of contracts issued by an insurance company of Beneva Group Inc. are members of SSQ Mutual and La Capitale Civil Service Mutual.